In a photo in Jack Daniel’s old office, Daniel, with mustache and white hat, is shown at his distillery in Tennessee in the late 1800s. The man to his right could be a son of Nearis Green, a slave who helped teach Daniel how to make whiskey.

LYNCHBURG, Tenn. — Every year, about 275,000 people tour the Jack Daniel’s distillery here, and as they stroll through its brick buildings nestled in a tree-shaded hollow, they hear a story like this: Sometime in the 1850s, when Daniel was a boy, he went to work for a preacher, grocer and distiller named Dan Call. The preacher was a busy man, and when he saw promise in young Jack, he taught him how to run his whiskey still — and the rest is history.

This year is the 150th anniversary of Jack Daniel’s, and the distillery, home to one of the world’s best-selling whiskeys, is using the occasion to tell a different, more complicated tale. Daniel, the company now says, didn’t learn distilling from Dan Call, but from a man named Nearis Green — one of Call’s slaves.

This version of the story was never a secret, but it is one that the distillery has only recently begun to embrace, tentatively, in some of its tours, and in a social media and marketing campaign this summer.

“It’s taken something like the anniversary for us to start to talk about ourselves,” said Nelson Eddy, Jack Daniel’s in-house historian.

Frontier history is a gauzy and unreliable pursuit, and Nearis Green’s story — built on oral history and the thinnest of archival trails — may never be definitively proved. Still, the decision to tell it resonates far beyond this small city.

For years, the prevailing history of American whiskey has been framed as a lily-white affair, centered on German and Scots-Irish settlers who distilled their surplus grains into whiskey and sent it to far-off markets, eventually creating a $2.9 billion industry and a product equally beloved by Kentucky colonels and Brooklyn hipsters.

Left out of that account were men like Nearis Green. Slavery and whiskey, far from being two separate strands of Southern history, were inextricably entwined. Enslaved men not only made up the bulk of the distilling labor force, but they often played crucial skilled roles in the whiskey-making process. In the same way that white cookbook authors often appropriated recipes from their black cooks, white distillery owners took credit for the whiskey.

In deciding to talk about Green, Jack Daniel’s may be hoping to get ahead of a collision between the growing popularity of American whiskey among younger drinkers and a heightened awareness of the hidden racial politics behind America’s culinary heritage.

Some also see the move as a savvy marketing tactic. “When you look at the history of Jack Daniel’s, it’s gotten glossier over the years,” said Peter Krass, the author of “Blood and Whiskey: The Life and Times of Jack Daniel.” “In the 1980s, they aimed at yuppies. I could see them taking it to the next level, to millennials, who dig social justice issues.”

Jack Daniel’s says it simply wants to set the record straight. The Green story has been known to historians and locals for decades, even as the distillery officially ignored it.

According to a 1967 biography, “Jack Daniel’s Legacy,” by Ben A. Green (no relation to Nearis), Call told his slave to teach Daniel everything he knew. “Uncle Nearest is the best whiskey maker that I know of,” the book quotes Call as saying.

Slavery ended with ratification of the 13th Amendment in 1865, and Daniel opened his distillery a year later, employing two of Green’s sons. In a photo of Daniel and his workers taken in the late 19th century, a black man, possibly one of Green’s sons, sits at his immediate right — a sharp contrast to contemporaneous photos from other distilleries, where black employees were made to stand in the back rows.

But corporate history-keeping was a rare practice in those days, and over time memories of Green and his sons faded.

“I don’t think it was ever a conscious decision” to leave the Greens out of the company’s story, said Phil Epps, the global brand director for Jack Daniel’s at Brown-Forman, which has owned the distillery for 60 years. Still, it is unlikely that anyone in the Jim Crow South thought a whiskey marketed to whites should emphasize its black roots.

As the brand’s anniversary approached, the company started researching its various origin stories. It decided that the case for Nearis Green’s contribution was persuasive, and should be told. “As we dug into it, we realized it was something that we could be proud of,” Mr. Epps said.

A business built on slave help may not seem like a selling point, which may explain why Jack Daniel’s is taking things slowly. The Green story is an optional part of the distillery tour, left to the tour guide’s discretion, and the company is still considering whether it will flesh out the story in new displays at its visitors center.

However far the distillery decides to go, it is placing itself at the center of a larger issue that distillers and whiskey historians have begun to grapple with only in the last few years: the deep ties between slavery and whiskey.

“It’s about paying down the debts of pleasure that have accrued over time,” said John T. Edge, the director of the Southern Foodways Alliance at the University of Mississippi.

An exhibit on George Washington and slavery opening this fall at the first president’s Northern Virginia home, Mount Vernon, documents how he relied on six slaves (and two Scottish foremen) to run his rye whiskey distillery, one of the largest on the East Coast.

“They were key to the operation in making whiskey,” said Steve Bashore, who helps run a working replica of Washington’s distillery. “In the ledgers, the slaves are actually listed as distillers.”

Slavery accompanied distilling as it moved inland in the late 18th century, to the newly settled regions that would become Tennessee and Kentucky. Though slave owning was nowhere near as common there as it was farther south, by the 1800s many successful farmers had at least a few slaves, who tended to be closely involved with whiskey production.

Some of the earliest prominent Kentucky distillers, like Elijah Craig, Henry McKenna and Jacob Spears, relied on slaves to run their operations. (Craig and McKenna’s names are now on whiskeys made by Heaven Hill Brands, but those were created long after slavery was abolished.)

Washington wasn’t the only president to use slaves in his distillery. In an 1805 advertisement, Andrew Jackson offered a bounty for a runaway slave named George, whom he identified as “a good distiller.”

Databases of ads for slave sales, as well as runaway slaves, are full of references to slaves as skilled whiskey distillers. In 1794, a Richmond, Va., man placed a $20 bounty on a slave named Will, who “has a large scar on his right side just below his ribs” and “understands making of whiskey.”

Slaves did more than just provide physical labor. If Green taught Daniel to distill, said Michael Twitty, a food historian, he probably would have drawn on generations of liquor-making skills: American slaves had their own traditions of alcohol production, going back to the corn beer and fruit spirits of West Africa, and many Africans made alcohol illicitly while in slavery.

“There’s something to be said for the fact that Africans and Europeans were both people in the Southeast who carried with them ancient traditions for making alcohol,” Mr. Twitty said.

Another aspect of the Jack Daniel’s tradition that is being reassessed is the so-called Lincoln County process, in which unaged whiskey is passed through several feet of maple charcoal, which removes impurities and imparts a slight sweetness.

According to legend, the process was invented in 1825 by a white Tennessean named Alfred Eaton. But Mr. Eddy, the Jack Daniel’s historian, and others now say it’s just as likely that the practice evolved from slave distilling traditions, in which charcoal helped remove some of the sting from illicitly made alcohol.

Other contributions are even harder to pin down. Though slave owners tended to value their slaves’ distilling prowess, they rarely documented how the slaves made such fine spirits.

Evidence often has to be found outside the archives. Recent archaeological work in Kentucky has uncovered material pointing to slave distilling at a number of sites, including the famed Pepper distillery near Frankfort and another operation owned by Jack Jouett, a Revolutionary War hero.

“It’s like looking at slave distillers out of the corner of your eye,” said Nicolas Laracuente, an archaeologist who has worked extensively at the site of Jouett’s house. “The reason we’re not finding them in the archives is that they didn’t have the right to be recognized.”

Mike Veach, a whiskey historian, said the influence of enslaved African distillers may explain a mystery in the development of American whiskey. Traces of German, Scots-Irish and English distilling traditions are evident in the American style, but there’s much that can’t be traced to an earlier source — a gap that slave traditions might fill.

“I don’t know what role slaves would have played,” Mr. Veach said, “but I’m sure it was there.”

Fred Minnick, the author of “Bourbon Curious: A Simple Tasting Guide for the Savvy Drinker,” said it’s doubtful that a full accounting of enslaved people’s contribution to American whiskey will ever be written. “It’s extremely sad that these slave distillers will never get the credit they deserve,” he said. “We likely won’t ever even know their names.”

Despite the recent attention from Jack Daniel’s, Nearis Green’s name is just a faint echo, even among several of his descendants who live in the area. Claude Eady, 91, who worked for the distillery from 1946 to 1989, said he was related to Green “on my mother’s side,” but didn’t know much about him.

“I heard his name around,” he said. “The only thing I knew was that he helped Jack Daniel make whiskey.” 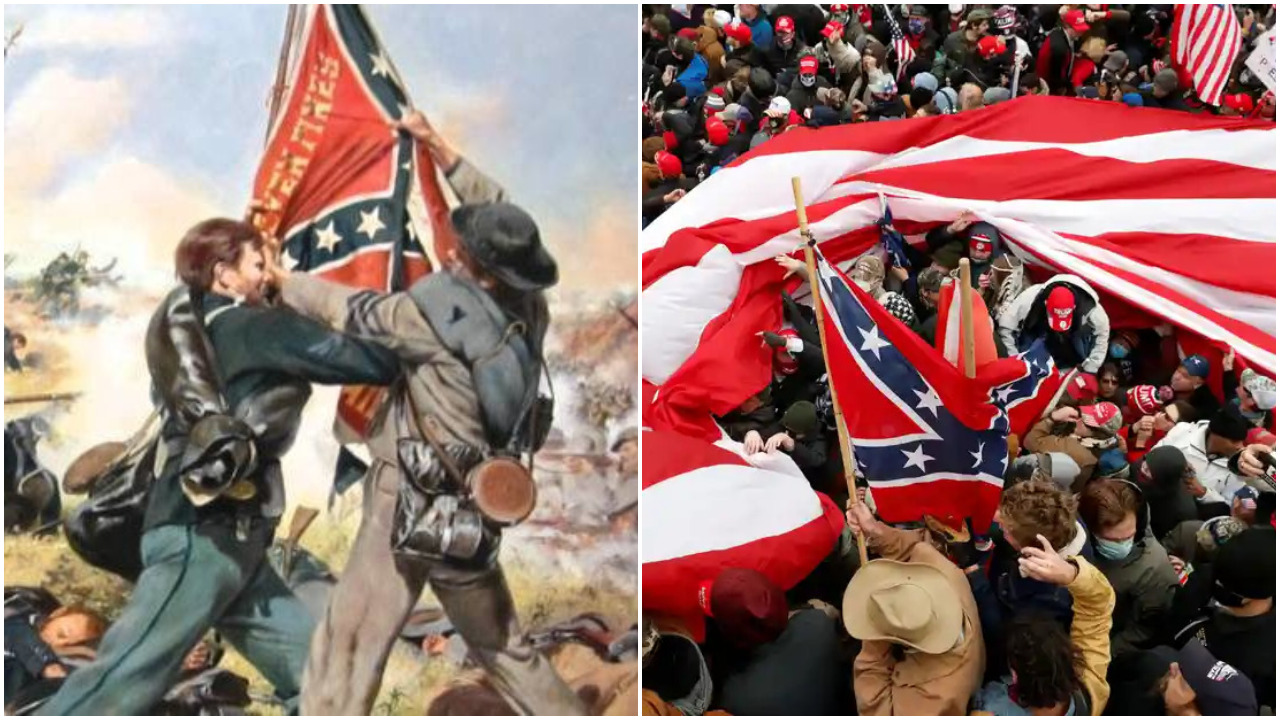 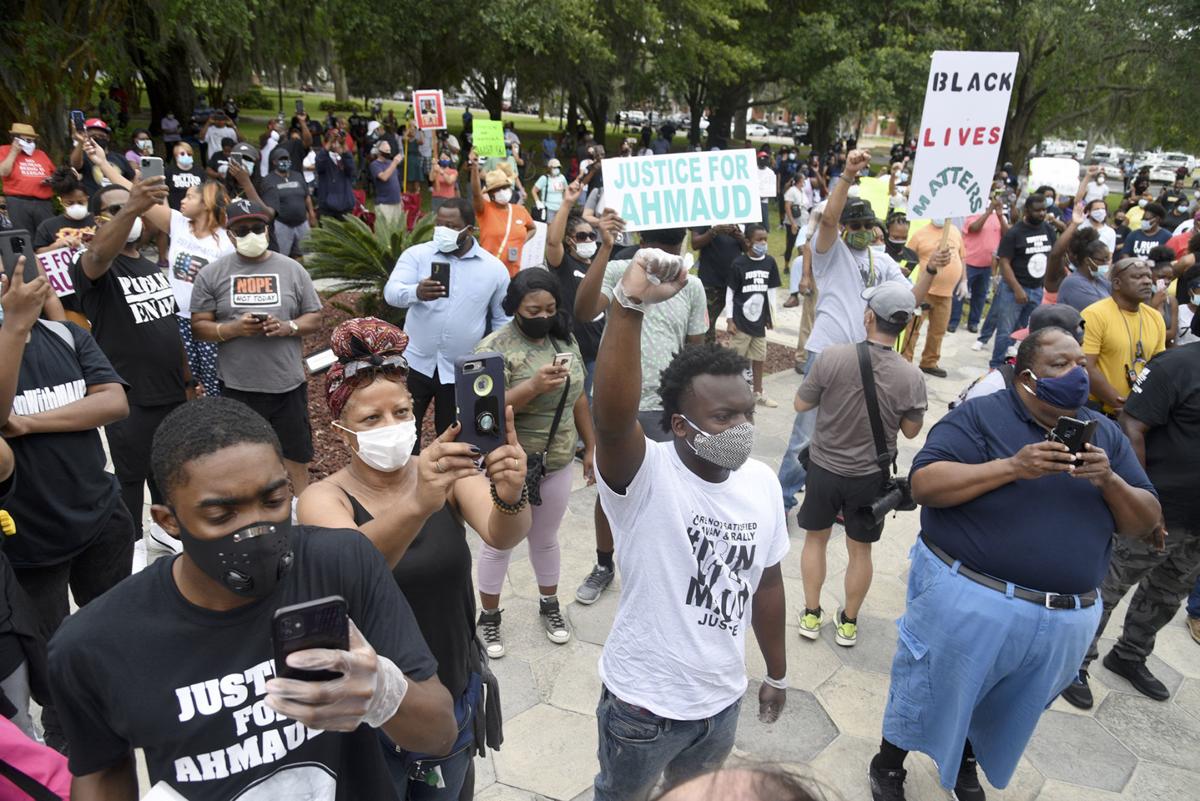 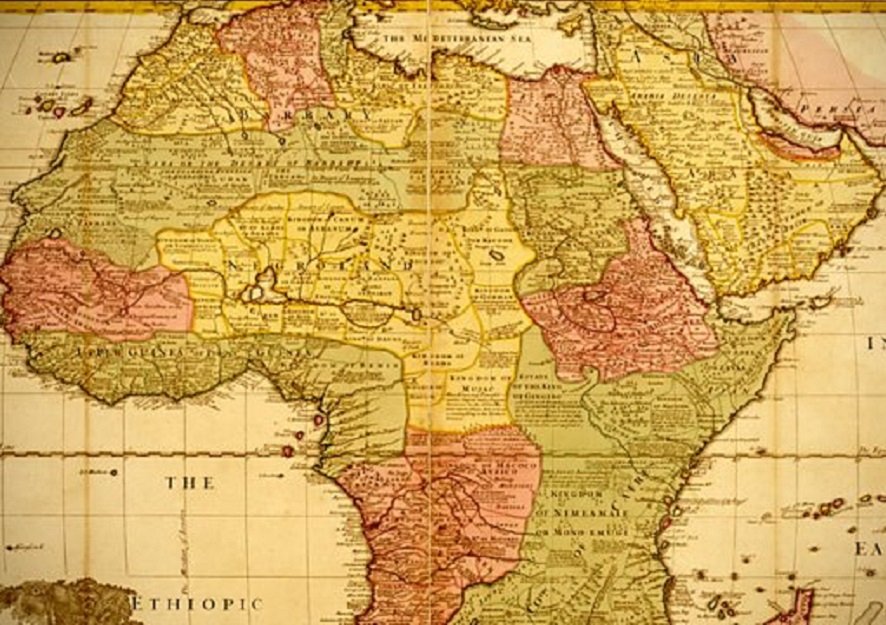 Report: White D.C Residents Outliving Their Black Peers by At Least 9 Years, a Gap That’s Persisted for Over 15 Years