In a passionate speech on Feb. 28, 2017, Julius Malema, leader of the Economic Freedom Fighters, encouraged members of South Africa’s Parliament to stand for radical change and take back their land from the whites.

Malema encouraged the people to vote in favor of amending the constitution in order to allow the land to be expropriated without compensation. Whites originally took the land during colonialism and still own a majority of it. Malema incited Black people to fight against the white dominance and take back the land that is theirs.

This Atlanta Black Star video highlights the EFF’s determined efforts to return to Black South Africans that which is rightfully theirs.

To read more Click or Copy this link: https://www.soulcentralmagazine.com/eff-leader-calls-for-constitutional-amendment-to-allow-blacks-to-confiscate-land-from-whites/ 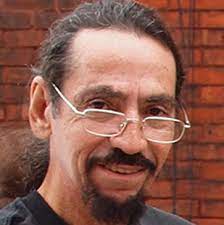 What happened when a city full of teachers, most of them black, was fired