Most data on how police communicate with citizens come from eyewitness accounts—from drivers, outside observers, and officers themselves. The new work sought to get around that subjectivity by using audio recordings. “It’s taking it from the realm of what any two of us might discuss over drinks at a bar to using the tools of modern science to get a more precise picture,” says John Rickford, a linguist at Stanford University in Palo Alto, California, who was not involved in the work.

Stanford researchers started with body cam footage from every encounter Oakland police had with black and white drivers in April 2014. They transcribed what officers said at 981 traffic stops to come up with 36,738 usable “utterances,” or conversational turns. Next, they had college students read and rate about 400 utterances for how much respect they showed, taking into account what drivers said just before officers spoke. The students, who had no knowledge of the driver’s race, rated speech toward black drivers as less respectful than speech toward white drivers overall.

“The differences are subtle,” says Jennifer Eberhardt, a social psychologist at Stanford and an author of the study. The language officers used with blacks was not “really disrespectful,” she says. It was just less respectful. One example on the low end: “All right, my man. Do me a favor. Just keep your hands on the steering wheel real quick.” On the high end: “There you go, ma’am. Drive safe, please.”

Eberhardt and her team then used software to rate the full set of 36,738 utterances. Even after controlling for driver age and gender; officer race; the crime rate and business density of the neighborhood; whether the stop resulted in a search, warning, citation, or arrest; and the severity of the offense (if there was one), more respectful language was used with white drivers than with black drivers, they report today in the Proceedings of the National Academy of Sciences. Further, the analysis revealed that a white driver is about 60% more likely than a black driver to hear something from the top 10% most respectful utterances, whereas a black driver is about 60% more likely to hear something from the bottom 10%.

Those discrepancies can’t be fully blamed on a small number of officers, as they were seen in the majority of officers. Nor could they be attributed to the behavior of the drivers, as ratings showed discrepancies even accounting for what the driver had just said, and discrepancies appeared even in the first moments of an interaction. What’s more, given an equal number of utterances toward black and white drivers, researchers could train a computer to detect the race of the recipient with 68% accuracy.

Perhaps surprisingly, even black officers were seen as less respectful toward black drivers. “I think once they put on that uniform, there’s this pressure to be a cop and follow the norms,” Rickford says. But even if none of the results comes as a surprise, “what makes it such a phenomenal study is the methodology,” says James Pennebaker, a social psychologist at the University of Texas in Austin, who reviewed the paper. He says that some people could come to similar conclusions based on the history of police violence—blacks shot and killed by officers are more likely to be unarmed than whites shot and killed by officers—but this study starts “at the beginning of the interaction.”

Pennebaker and others say the study could improve officer training. In a few years, for example, officers might receive an automated score after each stop, along with pointers on different language they could consider using. A body cam that nags about politeness might not be well received, but given that respect is often reciprocated, such a device could be a life saver. 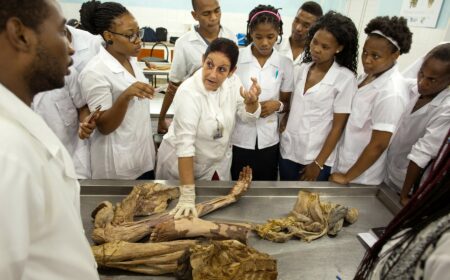