Experts fear that closures will become a trend nationwide because of the covid-19 virus, devastating an already vulnerable population

Shamya Bland had both of her children at St. Bernard Hospital in the Englewood neighborhood on the South Side of Chicago. When she found out the hospital would stop delivering babies until further notice “to respond more effectively to the increase in patients who are sick with the Covid-19 coronavirus,” according to an announcement issued on its Facebook page, she was devastated. “It’s heartbreaking,” she said. “It’s in the heart of the hood. Most black people in the neighborhood were going to go there.”

Englewood, which is 95 percent black, is slowly becoming a maternity-care desert, with two other nearby hospitals closing their maternity wards within the past year. St. Bernard Hospital has coordinated transporting women in labor to Mercy Hospital, about six miles north, according to St. Bernard’s media relations representative David Rudd, but transportation is not the main concern for doctors and patients in the neighborhood.

Research has shown that black patients receive better care and communication when they see black doctors. Official statistics weren’t available, but St. Bernard boasts a racially diverse care team, according to staff members like Dr. Joi Bradshaw-Terrell, M.D., an OB-GYN. “There’s a trust factor,” Dr. Bradshaw-Terrell said. “We have black men and women taking care of you. We got you.”

Black women in America are three times more likely to die of pregnancy- and childbirth-related causes than white women are, according to the Centers for Disease Control and Prevention. In Chicago, that tragic disparity doubles, with black women six times more likely than white women to die because of pregnancy and childbirth and even more experiencing injury or trauma.

Bland, 24, came back to Chicago to give birth after moving more than two hours west to a town near the border of Iowa, seeking a doctor she could trust. “I was five months pregnant and having heart palpitations. I knew something wasn’t right, and my doctor kept telling me it was fine,” she said. He told her it was her weight and her heart “pumping for two.”

Bland drove to St. Bernard Hospital to see a black doctor, who quickly ordered EKGs and a CT scan and told her she had a heart condition — the leading cause of maternal death. “I was out there with new doctors and new faces, and I was kind of getting blown off,” she said. “But here I got taken care of and treated as if I actually mattered.”

Her story could have ended differently, and she’s concerned for the fate of the women in Chicago’s South Side neighborhood whose birth stories will soon unfold in a different hospital than they originally planned. Dr. Bradshaw-Terrell shares that concern.

“It’s a big disadvantage to our population in Englewood,” she said. “Black women have more pre-eclampsia, more hypertension, gestational diabetes. People here are high-risk, and to feel like you have abandoned them is a horrible feeling.”

A 2019 study, among others, found that patient outcomes are better when hospitals not only understand but also focus on the experiences of the communities and populations they serve as part of the care they give. Racial bias in health care and consequently black people’s distrust of the health care system are well documented. Hospitals in black communities that employ black doctors and health care workers combat this by reimagining health care to fit the needs of their population, Dr. Bradshaw-Terrell said.

“Half of the time I’m basically a social worker and a psychologist. If you don’t have water at home, I’ll bring you a case of water,” she said. “I don’t have to do that, but these are real-life issues.”

Disregarding the importance of race, poverty, gender and other social factors on health outcomes makes it all too easy for institutions to prioritize the financial bottom line over saving lives, say those who track the connection between race and health outcomes.

Andre Perry, a fellow in the Metropolitan Policy Program at the Brookings Institution think tank and author of “Know Your Price: Valuing Black Lives and Property in America’s Black Cities,”said that as the coronavirus pandemic moves the United States into an economic downturn, cities and states will start looking to cut budgets.

“They’ll create austerity measures,” Perry said. “Oftentimes that means shutting down resources or assets in the black community. Black people and our assets are sort of like sacrificial lambs of this virus.”

Dr. Laurie Zephyrin, M.D., vice president of delivery system reform at the Commonwealth Fund, an independent health care research foundation, said inner-city hospitals and safety-net hospitals (which see patients regardless of financial or insurance status) tend to run on tight operating margins, putting some of their health care services at risk. “When it becomes about funding and it becomes a budget issue, they forget about the people we’re trying to serve,” Dr. Zephyrin said.

It’s the people — the black women living in neighborhoods marked by poverty, violence and the chronic stress they both cause — that Dr. Bradshaw-Terrell worries about most. “I have a lot of patients say if they wanted to deliver at another hospital, they would have gotten care there. They trust me. They know we’re going to take care of them, and now we can’t,” she said, expressing concern that some patients might skip out on prenatal appointments altogether and show up at an unfamiliar hospital while in labor. 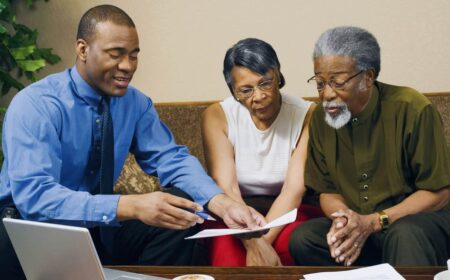 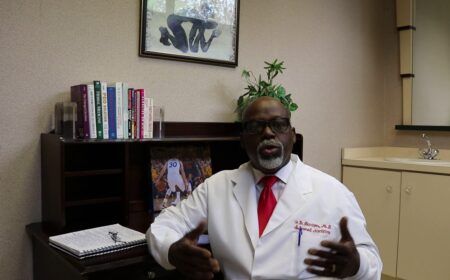