Greetings Time For An Awakening Supporters,

We need your support as we embark on a bold new venture to take our various media properties to the NEXT LEVEL as well as introduce new dynamics to our platform that will involve things we are certain you will enjoy! Since 2008 when we launched the radio program we were met with a tremendous amount of support, and when we decided to go completely digital and add social media to our platform we have grown beyond our imagination. We are hoping that this next phase will be received with the same amount of enthusiasm and support!

If you appreciate what we do and would like to see more, PLEASE help fund our campaign. We will keep you updated along the way as we embark on this journey together.

Thank you all in advance for your support!
Time For An Awakening Radio show host
Bro. Elliott and Bro. Reggie & Friends. 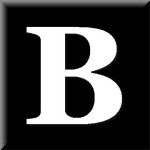