New York statue of the Dr. (monster) who experimented on black women will be removed 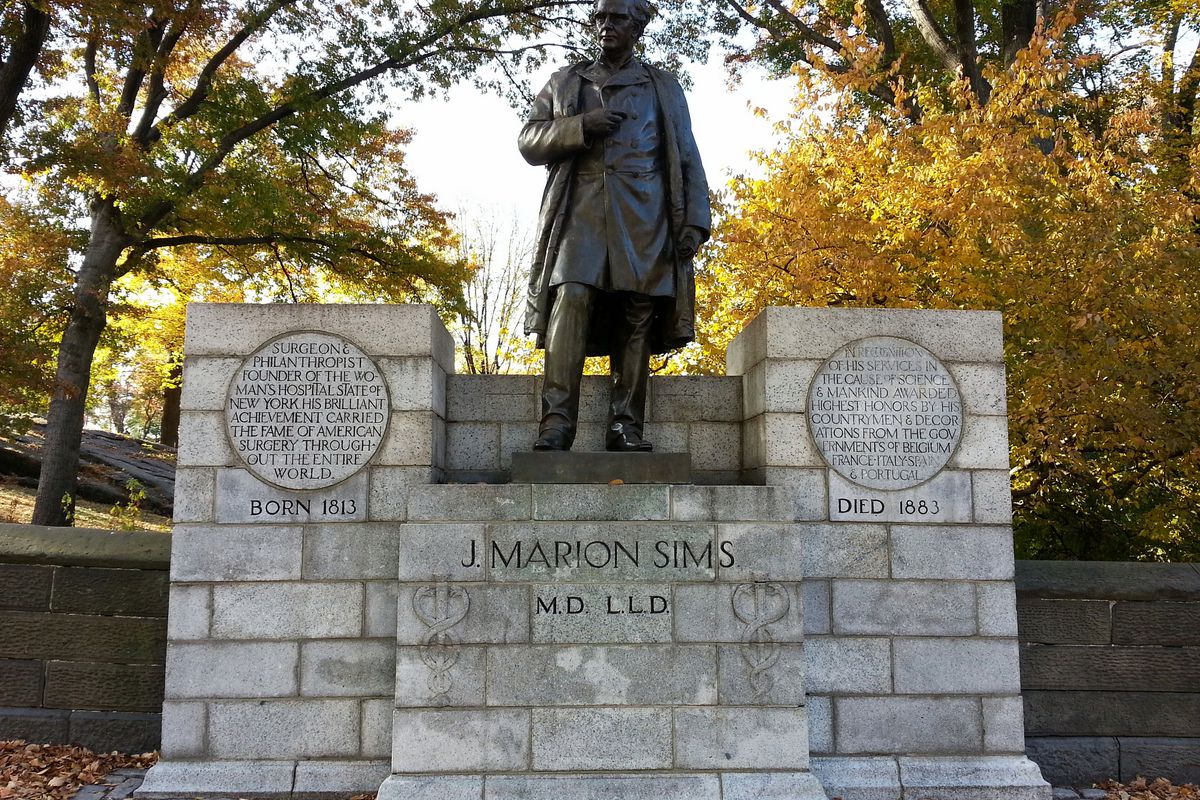 Following recommendations from the commitee appointed to conduct a 90-day review of the city’s monuments and markers that could be deemed “symbols of hate,” Mayor Bill de Blasio has ordered the removal of a statue of Doctor J. Marion Sims, credited by many as the father of modern gynecology.

For years, East Harlem residents and local officials have advocated for the removal of the statue, located in Central Park near Fifth Avenue at 103rd Street near the Museum of the City of New York, but it wasn’t until last year as the city prepped to remove Confederate monuments and other markers, that renewed calls surfaced for the statue of Sims.

The statue, which acknowledges Sims’s medical achievements, overlooks the fact that between the years 1845 and 1849, he performed gynecological exams on 12 enslaved women without anesthesia.

The statue of Dr. James Marion Sims will be removed on Tuesday morning at 8 a.m. and relocated to Green-Wood Cemetery in Brooklyn, where Sims is buried. Per the city’s Park Department, plans are being developed to commission a new monument at the site