Sort by Views All Time 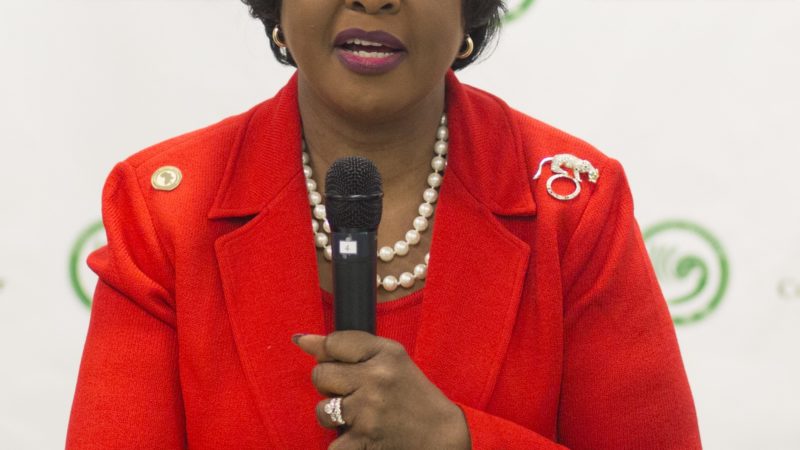 By Elliot Booker — 7 months ago

Dr. Arikana Chihombori-Quao, African Union ambassador to the U.S., has called on African Americans to “come home” and contribute to Africa’s growth and prosperity.

She was speaking to an audience of Black entrepreneurs at a Power Networking Conference in Houston, Texas and urged them to “wake up, organize, go home and take what is rightfully ours,” according to a YouTube video uploaded by Dr. Boyce Watkins, the CEO of The Black Business School.

Zimbabwe-born Dr. Chihombori-Quao is the permanent representative of the African Union Representational Mission to the U.S., according to the A.U.

A former medical doctor, she is the CEO and founder of Bell Family Medical Centers in the U.S. Before taking up her current position at the A.U. in 2017, she practiced medicine for 29 years in Tennessee.

Chihombori-Quao asked African Americans to return home to Africa with the skills and expertise to help build African economies.

“If the implementation of the African Continental Free Trade Area is going to succeed, it must include the children in the diaspora,” she said.

The Africa Continental Free Trade Agreement is a new pan-African trade zone proposed in March 2018 that aims to enable intra-Africa trade among the 55 countries in Africa, Fin24 reports.

Intra-African trade was worth about $170 billion in 2017, but accounts for only 15 percent of the continent’s trade, FT reports.

By comparison, intra-continental trade is at 67 percent in the European Union and 58 percent in Asia.

Designed to boost intra-Africa trade, the African Continental Free Trade Area, which came into effect at the end of May, aims to slash tariffs on 90 percent of goods across a market of 1.2 billion people, according to Moneyweek.

Contracts for massive construction projects are going to companies in China and Europe when they could be going to “the children of Africa” in the diaspora, Chihombori-Quao said.

“So while the rest of the world is strategizing about how to get into Africa, guess who is still sleeping like grasshoppers? Us, the children of Africa. I’m here to say, my brothers and sisters, we must wake up. We have got to wake up, organize and go home to take what is rightfully ours.”

She ended her address with a call for African Americans not to complain about Africa but contribute to change it.

During a visit to Los Angeles on June 14, Ethiopian ambassador Fitsum Arega outlined the prospects for investors, companies, and entrepreneurs to engage with Africa’s second most populous country, according to the LosAngelesSentinel.

“Our new, reformist prime minister (Abiy Ahmed) welcomes U.S. businesses to do trade between the U.S. and Africa and the U.S. and Ethiopia. We encourage the Africa diaspora – African Americans – to do business and strengthen this link,” said Arega.

Manufacturing, telecommunications, power and solar energy and entertainment are areas ripe for investment, he said. 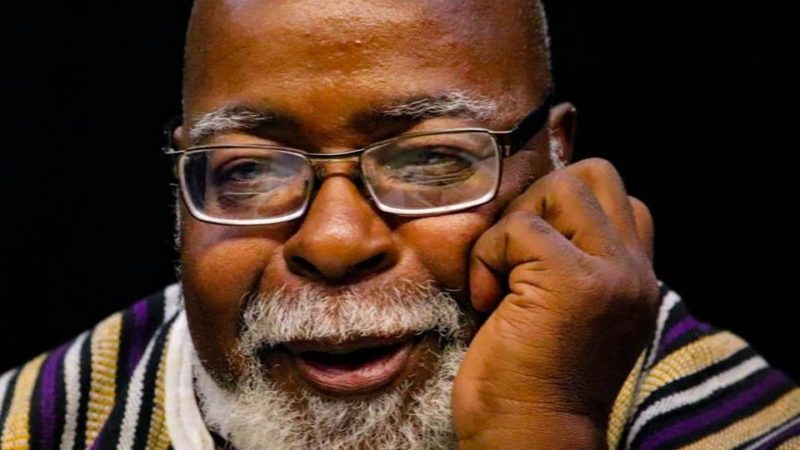 By Elliot Booker — 5 months ago

“Time For An Awakening” for Sunday 9/08/2019 at 7:00 PM (EST)  our guest was Historian, Lecturer, Anthropologist, Dr. Runoko Rashidi.  Along with taking about some of his recent travels and primary research, we discussed all things “Black” on the continent and the diaspora with our special guest, Runoko Rashidi. 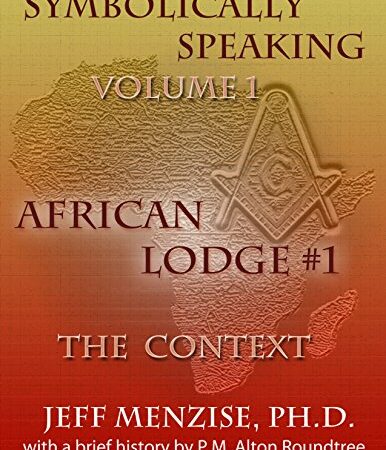 By Elliot Booker — 4 months ago 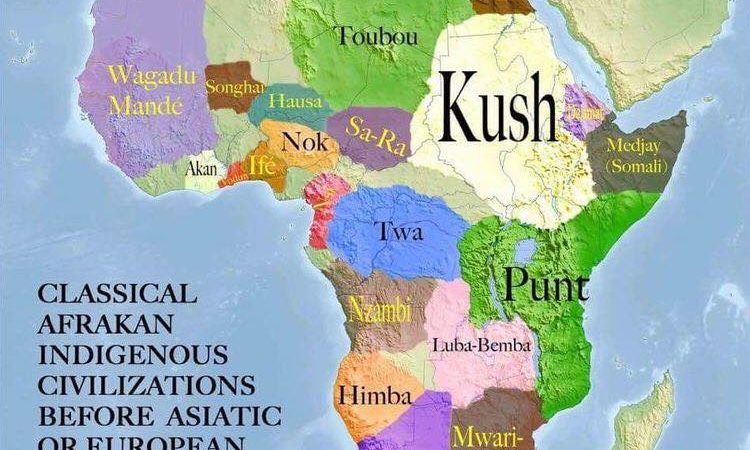 The Black Reality Think Tank will recall many of the fine points relating to the history of classical African culture on tonight’s broadcast. As we. deconstruct and resurrect our minds from the “dark nights” of bondage and captivity, it is good to recall “from whence we came” so that we can retrieve our lostness and restore our African Ethos. 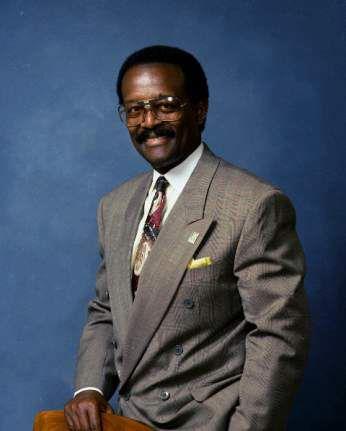 Not many people know that after the O.J. Simpson case, Johnnie Cochran spent much of his time preparing for a case, collecting historical data, information, and studying cases to sue the U.S. government for Reparations for Africans in America.

A powerful group of civil rights and class-action lawyers who have won billions of dollars in court is preparing a lawsuit seeking reparations for American blacks descended from slaves.

The project, called the Reparations Assessment Group, was confirmed by Harvard law professor Charles J. Ogletree and appears to be the most serious effort yet to get American blacks compensated for more than 240 years of legalized slavery. Lawsuits and legislation dating back to the mid-1800s have gone nowhere.

“We will be seeking more than just monetary compensation,” Ogletree said. “We want a change in America. We want full recognition and a remedy of how slavery stigmatized, raped, murdered and exploited millions of Africans through no fault of their own.”

Ogletree said the group, which includes famed attorney Johnnie Cochran, first met in July and will hold its fourth meeting in Washington D.C. later this month.

“This country has never dealt with slavery. It is America’s nightmare. A political solution would be the most sensible but I don’t have a lot of faith that’s going to happen. So we need to look aggressively at the legal alternative,” Ogletree said.

For now, there are more questions than answers in the planned litigation. Left to be determined are when the suit will be filed, exactly who will be named as defendants and what damages will be sought.

Ogletree declined to discuss specifics but said the federal government, state governments and private entities such as corporations and institutions that benefited from slave labor could be targets of the legal action.

“Both public and private parties will be the subject of our efforts,” he said.

Also in the group is Randall Robinson, president of the TransAfrica Forum, a think tank specializing in African, Caribbean and African-American issues. Robinson recently wrote the book “The Debt: What America Owes to Blacks,” which argues for reparations.

“This will be the most important case in the history of our country,” Pires said Friday. “We all agree the suit has to tell the story of what slavery has done to blacks in America …

“We are still suffering from slavery’s impacts today,” Pires said.

Ogletree said the assessment group will call on experts in education, politics, family development, health and economics to help trace how slavery’s outgrowths such as segregated schooling and neighborhoods have affected society today.

Enslavement of Africans in America began in the 1600s. A slave sale was recorded in 1619 in Jamestown, Va. The “peculiar institution” helped to fuel the prosperity of the young nation, while also dividing it. Slavery was not officially abolished in the United States until the 13th amendment was ratified, in 1865.

Reparation supporters point to recent cases where groups have been compensated in cash for historic indignities and harm.

A letter of formal apology and $20,000 were given by the U.S. government to each Japanese-American held in internment camps during World War II.

Reparation opponents argue that victims in the Nazi and Japanese-American cases were directly harmed while many generations separate enslaved blacks and their modern-day descendants.

In addition, those opposed to reparations say it isn’t fair for taxpayers and corporations who never owned slaves to be burdened with possible multibillion dollar settlements.

Neither Ogletree nor Pires mentioned any industry or company that could be a target of the suit.

But Pires said there were overlaps between the slavery of past centuries and today’s corporations. He noted that Aetna Inc., the nation’s largest health insurer, apologized earlier this year for selling policies in the 1850s that reimbursed slave owners for financial losses when their slaves died.

In July, The Hartford (Conn.) Courant newspaper published a front-page apology for running ads for slave sales and the recapture of runaways in the 1700s and 1800s. Such advertisements were commonplace in many newspapers until the Civil War.

Pires was one of the lawyers in the assessment group who discussed reparations in the November issue of Harper’s magazine.

Pires said he believes that any monetary settlement or damage figure should be among the last items discussed as the suit takes shape. He said it is more important to tell the story to all Americans of what slavery did to the country “and let people decide what should be done to repay.”

“Most people,” he said, “don’t like having dirt on their hands.” 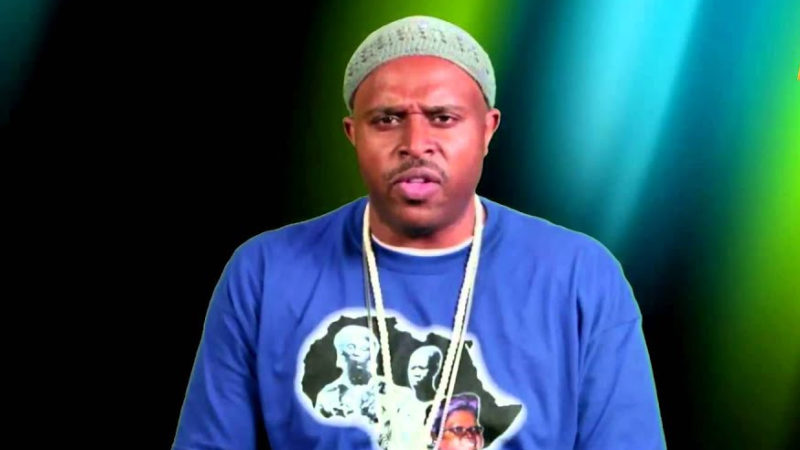 By Elliot Booker — 5 months ago

“Time for an Awakening” for Sunday 09/15/2019 at 7:00 PM (EST) 6:00 PM (CST) guest was Journalist, Playwright, and U.S. Correspondent to the Herald (Zimbabwe’s National Newspaper) Obi Egbuna Jr. Reflections on the revolutionary life of Pres. Robert Mugabe, as examples of Global African struggle against European colonialism and imperialism, was one of the topics with guest Obi Egbuna Jr.

Next
Scroll to top