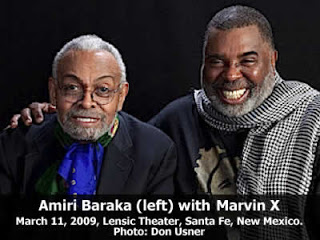 Much of John Singleton’s work focused on the Black male image, his voice and his environment. Singleton’s films such as Boyz in the Hood, Baby Boy, Poetic Justice, Hustle and Flow, and Rosewood all embrace the Black male narrative.

The Black Reality Think Tank welcomes one of the great literaryvoices in America, Marvin X. Jackmon, a by-product of the 1960-70 Black Arts Movement. Mr. Blackmon has critiqued the cinematic message of Mr. Singleton as it relates to the Black male in America. .Was Mr. Singleton on point or did he miss the mark in captivating the Black male narrative?

Mr. Blackmon will discuss his understanding and the impact of John Singletons work. He will also share with us his development of an institution called “The Academy of da Corner” located on 14th and Broadway in Oakland, California, where he serves as Chancellor.