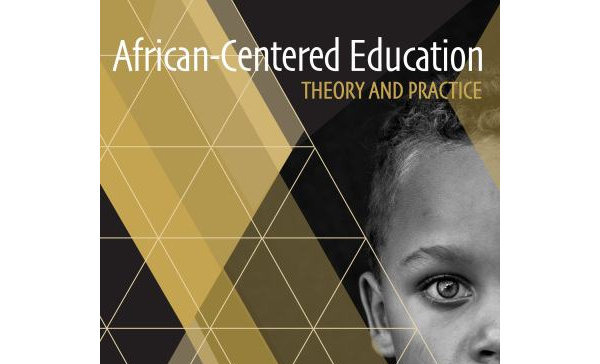 “Time for an Awakening” for Sunday 08/23/2020 at 7:00 PM  our guests was Author, Cultural Historian, Professor of Educational Leadership and Policy studies at Howard University, Dr. Kmt Shockley. The discussion centered around Dr. Shockley’s new book “African-Centered Education: Theory and Practice, and related important solutions to move our people forward 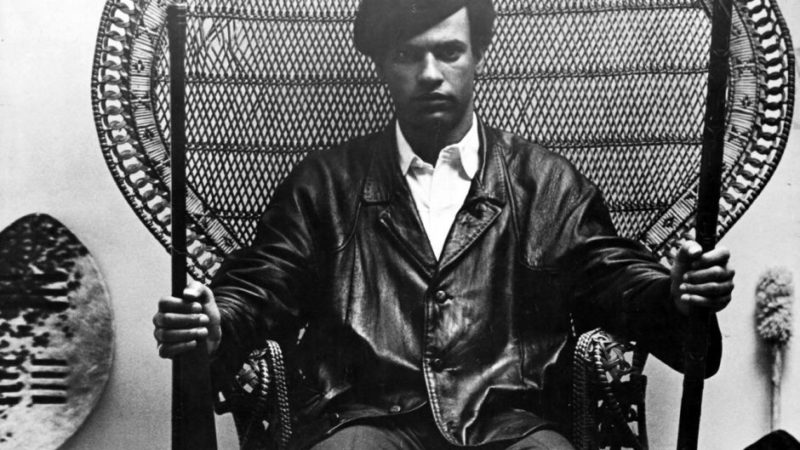 By Norman (Otis) Richmond aka Jalali

Huey P. Newton was murdered 31 years ago in Oakland, California during the month of August. Because Black freedom fighters like George and Jonathan Jackson, Khatari Gaulden and others lost their lives during this month, revolutionaries inside the California prison system have deemed it Black August.
It is August 22, 1989 at about 8:30 a.m. the late Gwen Johnston, the co-owner of Third World Books and Crafts (Toronto’s first African Canadian owned bookstore) phones me. The news is shocking, dreadful even. Mrs.Johnston is in tears stating, “Otis they have killed Huey”.
Mrs. Johnston and her husband Lennie were huge supporters of Newton, the Black Panther Party and the struggle for African and human liberation.
When Newton returned to the United States after his exile inrevolutionary Cuba in 1977 he first landed in Toronto. He was detained in Brampton, Ontario and was represented by the progressive Euro-Canadian lawyer, Paul Copeland. Toronto’s African community supported Newton and the Panthers had several chapters in this county.
Toronto’s African community was represented by Owen Sankara Leach, Lennox Farrell, the late Sharona Hall, Mitch Holder, Bryan Hyman, Cikiah Thomas and others at the Brampton courthouse. It was covered by the Toronto dailies and even was discussed by Walter Cronkite on the CBS Evening News.
Spider Jones discusses his brief tenure with the Black Panther Party in his autobiography “Out of the Darkness: The Spider Jones Story”. Another African born in Canada Rocky Jone created a Black Panther Party chapter in Halifax, Nova Scotia.
Whatever his shortcomings and there were many, Newton led many of us ideologically. For a brief moment in the history of Africans in America Newton was” the tallest tree in the forest”.
Malcolm X was the first national leader in the African community in the United States to oppose the war in Vietnam. Dr. Martin Luther King later followed Malcolm’s lead on this issue; Newton took it to the next limit. He offered troops to fight on the side of the North Vietnamese. In 1970, when was released from prison in California, his first act was to offer troops to fight in Vietnam on the side of the Vietnamese people.
On August 29, 1970 Newton wrote “In the spirit of internationalrevolutionary solidarity the Black Panther Party hereby offers to the National Liberation Front and Provisional revolutionary Government of South Vietnam an undetermined number of troops to assist you in your fight against American imperialism. It is appropriate for the Black Panther Party to take this action at this time in recognition of the fact that your struggle is also our struggle, for we recognize that our common enemy is the American imperialist who is the leader of international bourgeois domination.”
Newton also raised the questions of the liberation of women and even gays. At that time in our history this was not fashionable.
Nationalists, Pan-Africanist and even some socialist formations did not wish to touch the hot potato of gay rights. Newton did. He was the bold one. His speech given on August 15, 1970 created a firestorm in the African liberation movement. At that time I did not support Newton’s thoughts on the issue of gays and lesbians.
Newton said: “We should be careful about using those terms that might turn our friends off. The terms ‘faggot’ and ‘punk’ should be deleted from our vocabulary and, especially, we should not attach names normally designed for homosexuals to men who are enemies of the people. Homosexuals are not enemies of the people. We should try to form a working coalition with the gay liberation and women’s liberation groups. We must always handle social forces in the most appropriate manner.”
Newton was born in Oak Grove, Louisiana on February 17, 1942.
Louisiana has always been a problem for the ruling circle in the United States. Queen Mother Moore, Alprentice “Bunchy” Carter, Raymond “Maasi” Hewitt, Elmer “Geronimo” Pratt, Imam Jamil Abdullah Al-Amin (H. Rap Brown), PaulMooney Richard Williams (father of Serena and Venus Willisms )and Newton all hail from Louisiana.
Queen Mother Moore from New Iberia, Carter and Hewiitt from Shreveport, Geronimo from Morgan City, Imam Al-Amin from Baton Rouge and Newton from Oak Grove.
There were 74 chapters of Marcus Garvey’s Universal Negro Improvement Association and African Communities League (UNIA-ACL) in Louisiana alone. Tony Martin pointed this out in his volume, “Race First: The Ideological and Organizational truggles of Marcus Garvey and the Universal Negro Improvement Association”.
In the 1950s and 1960s the militant Deacons for Defense sprang up in the pecan state. Jesse Jackson won the primaries for the Democratic Party in 1984 and 1988. Barack Hussein Obama, rode a wave of black support to victory in Louisiana.
The state has also produced its share of sell-outs, buffoons and idiots.
As we commemorate the 39th Anniversary of Black August and the 31th anniversary of Newton joining the ancestors we should remember the words of Mumia Abu-Jamal.
Says Mumia: “Huey was, it must be said, no godling, no saint. He was, however, intensely human, curious, acutely brilliant, a lover of the world’s children, an implacable foe of all the world’s oppressors.” 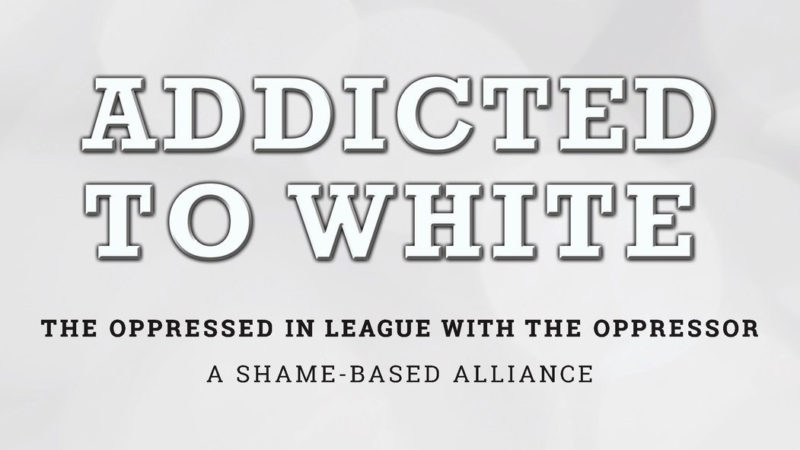 “Time for An Awakening” for Sunday 8/16/2020 our guest was Author, Clinical Psychologist, Dr. Jerome Fox. Some of our collective views on Politics, Education, Economics, etc. suggests that an addiction to core values that inherently promote tacit acceptance of white domination. The discussion centered around his book “Addicted to White: The Oppressed in League with The Oppressor” A Shame-Based Alliance, along with solutions for our community to break addiction and move forward. In 2020, from the need to develop a new mindset in our communities, to our political and economic empowerment, the solution to these problems must come from us. 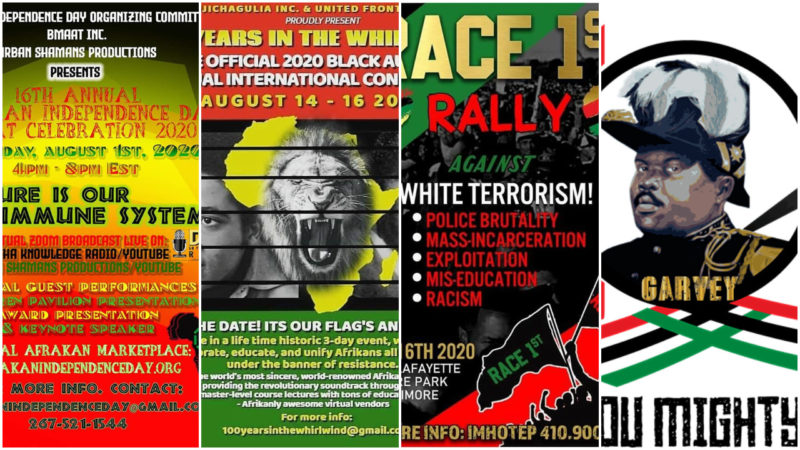 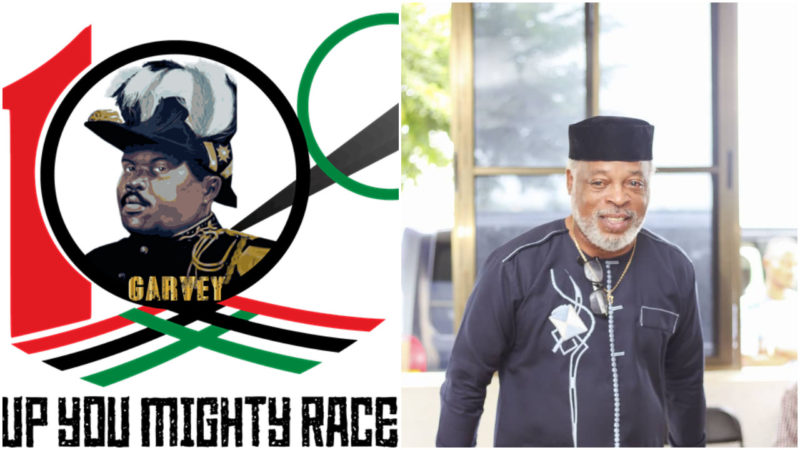 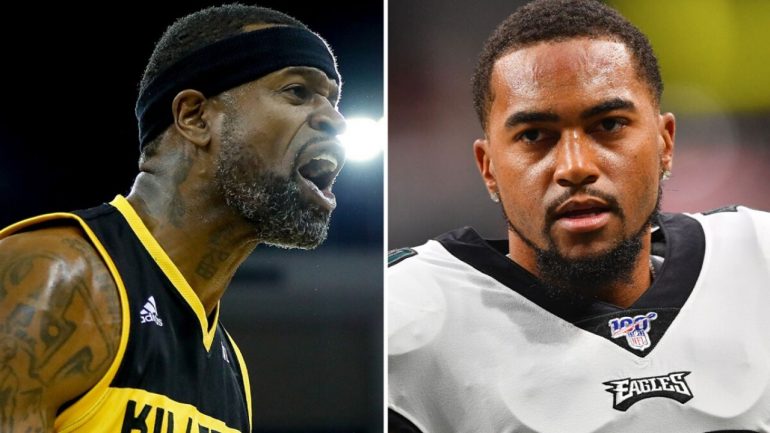 “Time for an Awakening” with Bro.Elliott, Sunday 7/12/2020 Was the content of Desean Jackson’s social media post anti-Semitic??

7/12/2020 Sunday Edition was open forum conversation. Was the content of DeSean Jackson’s social media post anti-Semitic ??, was one of the weekends HOT topics discussed on the program. From the need to develop a new mindset in our communities, to our political and economic empowerment, the solution to these problems must come from us.