Black prisoners more likely to be put in solitary, even as overall use declines

By Elliot Booker — 2 years ago

The Texas prison system has shifted more than 4,000 inmates out of solitary confinement over the past decade – but those who are still there are increasingly likely to be African-American, according to Texas Department of Criminal Justice data.

Even as those shifts occurred, the overall prison demographics moved in the opposite direction. The portion of the prison population that is black was about 4 percentage points lower last year than it was in 2008, while a slightly larger fraction of TDCJ inmates are white or Hispanic.

Even though the percentage of black inmates in administrative segregation is on the rise, it’s Hispanic prisoners who are most noticeably overrepresented there. The overall prison population was about a third white, a third Hispanic and a third black as of the end of fiscal 2017 – but roughly half the administrative segregation population is Hispanic, a long-standing trend possibly tied to gang affiliation.

Administrative segregation is used to house prisoners deemed a security threat due to gang affiliation, escape risk or other evidence of ongoing danger to staff or fellow inmates.

The prison system reduced its reliance on administrative segregation through the use of innovative programs like Gang Renouncement and Disassociation. And in September, TDCJ eliminated the use of solitary confinement for punitive purposes, a change that impacted roughly 75 inmates still being isolated for rule-breaking.

A prison spokesman did not offer comment on the reasons behind the changing administrative segregation demographics. 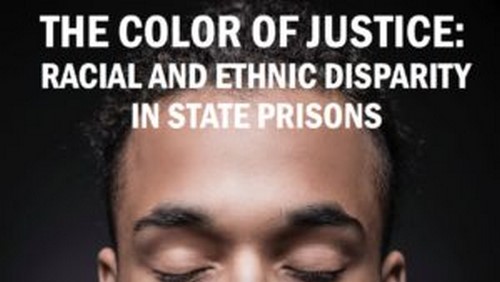 Breaking Down the Stats: Report Reveals Blacks Make Up More than Half the Prison Population in 12 States

Black people are incarcerated in the nation’s state prisons five times as often as whites, a new study indicates.

The Sentencing Project’s latest report on racial and ethnic inequalities in the American prison system examined the prevailing issue on a state-by-state basis.

“Since the majority of people in prison are sentenced at the state level rather than the federal level, it is critical to understand the variation in racial and ethnic composition across states,” Ashley Nellis, author and senior research analyst wrote in the report, “and the policies and the day-to-day practices that contribute to this variance.”

The criminal justice advocates used federal data to compare rates of imprisonment for Black, white and Hispanic populations. And the findings show that African-Americans continue to face seemingly insurmountable odds in the fight for blind justice in this country.

Oklahoma, which has the country’s highest population of Black prisoners, holds 1 in 15 Black males aged 18 and older in prison.

The problem of Black mass incarceration is present in every state in the union. In Hawaii, the state with the lowest racial disparity, Blacks still serve time at a rate two times that of whites. It is a systemic matter states can not continue to ignore.

According to the report, at least three factors come up over and over again in the multiple studies done on the subject: “policies and practices that drive disparity; the role of implicit bias and stereotypes in decision making; and, structural disadvantages in communities of color which are associated with high rates of offending and arrest.”

Nellis suggests states look to New Jersey’s reforms, which included the revisions to drug laws that have contributed to the mass incarceration of African-Americans since the 1990s, specifically drug-free school zone laws. 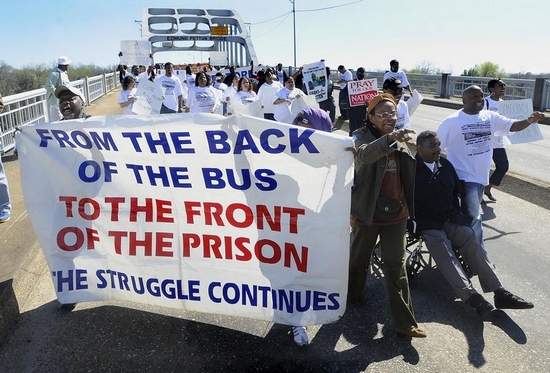 On Friday’s episode of PBS NewsHour, in the latest installment of their “Broken Justice” series, attorney and activist Bryan Stevenson talks about mass incarceration and his Equal Justice Initiative that advocates for prison reform in the U.S.

Stevenson tells NewsHour that many states have fallen short in their effort to make amends for damage to Black communities caused by mass incarceration. The increase in probation and parole supervision are not the proper fixes needed, he said.

In Stevenson’s interview, he goes on to say:

“Well, I think it’s a continuation of using crime narrative to control social and political dynamics that can’t be controlled in more legitimate ways.

And we created this so-called war on drugs, and we targeted people of color, and we got everybody to buy into the fact that if we don’t put these dangerous people into jails and prisons, we are non-safe. And that’s how we went nationwide from a prison population of about 300,000 in the 1970s to 2.3 million today. And now we have the highest rate of incarceration in the world …