“Time for an Awakening” host Panel discussion and Community Forum 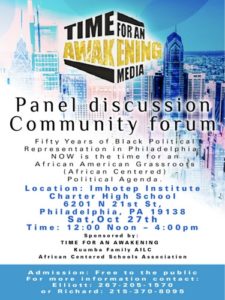